The missing element in your cow's forage 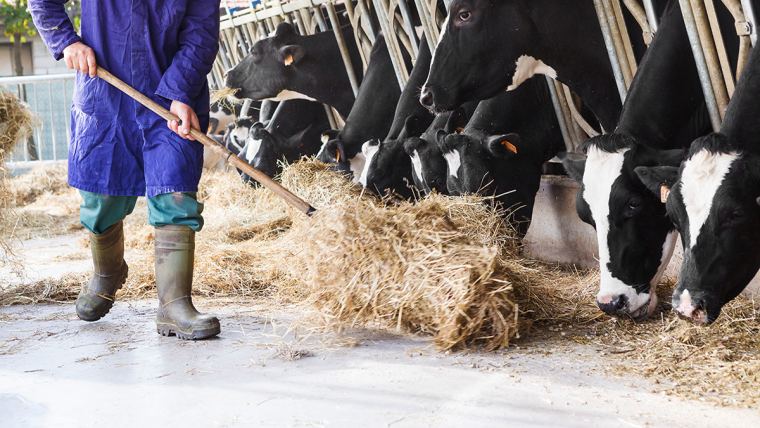 By checking your forage crop for sulfur deficiency and treating as needed, you can increase the sugar and nutrient quality of your feed.

Sixty percent of a dairy cow’s diet is forage. With so much of the diet dependent on the nutrients a cow receives from forage, it is important to make sure the crop reaches its nutrient and energy potential. Nitrogen, phosphorus and potassium, the major components of fertilizer, are essential for soil nutrient content and are controlled by pH. We test and fertilize for these nutrients regularly, and they are often the first place we look for a solution if a problem arises in crop health.

However, critical elements — like calcium, magnesium, and sulfur — are often seen as secondary in importance in terms of soil content, and, in turn, plant health. For example, with current industry practices, recent findings show that sulfur deficiency of 10 to 20 pounds per acre is common in much of the United States. Of these elements, sulfur in particular might be the missing piece in your forage puzzle as it increases nutrient quality and aids in balancing the microflora in the rumen.

Sulfur is one of the 17 elements essential to crop production. This is because, according to the International Plant Nutrition Institute, plants almost exclusively use sulfate as their primary source of nutrition. It can be found in high levels in salt domes and volcanic deposits, typically in its elemental form. But it is also present in almost all soil types in smaller quantities.

What role does sulfur play in forage plant and dairy cow processes?

Required by both plants and animals, sulfur appears in every living cell and is essential for the synthesis of certain amino acids and proteins.

A deficiency of sulfur in the soil can lead to deficiencies in the cow. Nutritionists recommend 0.2 percent of sulfur or sulfate in the diet of cattle, and ensuring your forage has enough sulfur is the easiest and most cost-effective way to manage sulfur requirements for the ration. Most of the dietary sulfur required by the cow is actually utilized by the rumen microbes for amino acid production. By feeding the microbes, the cow can produce amino acids, enzymes and proteins that then contribute to cow health, milk production and quality.

Not only will the sulfate aid the cow, but plants use sulfate for chlorophyll formation, which contributes to higher sugar content and nutrients, resulting in greener, fuller foliage.

In recent years, there has been a decrease in soil sulfur content as well as an increased demand on the soil for higher crop yields, and the fact that many fertilizers contain little to no sulfur is the primary reason for our current depletion of sulfur in the top soil. Secondary causes include erosion and mineralization.

How to recognize a sulfur deficiency

Since high-yielding crops often don’t receive adequate amounts of sulfur or receive it at inopportune times, it is important to be able to recognize a sulfur deficiency. Thankfully, if presented in its organic form, sulfate can quickly be absorbed in two to three days, which helps avoid leaching as you fertilize. If you notice some of the following signs of sulfate deficiency, it is recommended to provide a sulfur treatment two to four days before cutting forage to increase chlorophyll, resulting in a fuller, energy-rich harvest.  This short-term solution can be done by applying biostimulant products, as a sulfur application would need to take place much earlier in order to keep the plant healthy and growing well. Signs of sulfur deficiency include: 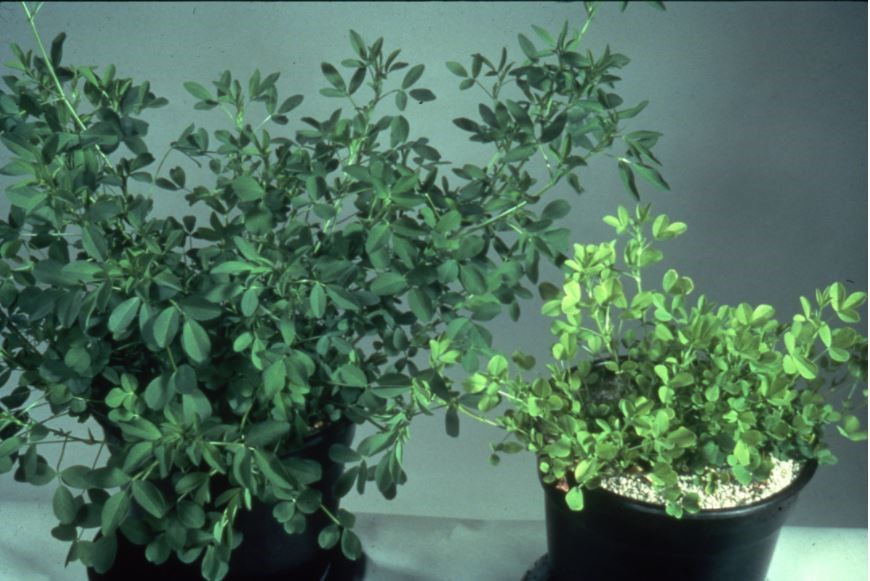 Although sulfur is present in the soil, it is often below recommended standards. Furthermore, in its inorganic sulfur state, it cannot be properly taken up by the plant until it has been converted to organic sulfate. By checking your forage crop for sulfur deficiency and treating as needed, you can increase the sugar and nutrient quality of your forage and provide sulfur to your herd to support rumen microflora health.

Are you looking to improve the efficiency of your cattle? Studies have shown that organic trace minerals outperform inorganic minerals when it comes to cows and their calves. Dr. Anne Koontz, Alltech research scientist, discusses the benefits that organic trace mineral supplements can provide to the calf immune system and average daily gains, as...