How Many Craft Breweries are there in the World? 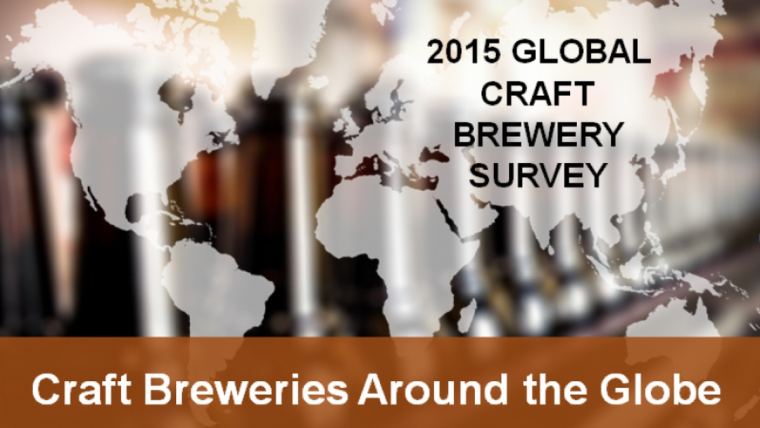 How Many Craft Breweries are there in the World?

Beer is one of the most universally storied beverages, with the first signs of brewing dating back some 5,000 years. Many, including the Greek, Sumerian, Egyptian, Norse, Aztec and Zulu cultures, worshipped gods and goddesses solely devoted to beer. However, it wasn’t until the rise of the craft beer industry that beer has taken on such diverse forms.

It is no secret that the U.S. craft beer industry has boomed. But what of the craft brewery situation elsewhere? Are other countries experiencing a similar rise in craft brewing? A Google search would indicate the craft beer revolution is a global phenomenon but tallying facts and figures is another matter.  No report has ever been conducted on what is happening internationally. So we decided to do our own survey.

Let’s start with some of the basic information. We found that there are more than 10,000 craft breweries worldwide.  Of those, 86% are in the U.S. and Europe. And sorry, Europe actually squeaked past North America by three breweries. Even so, the U.S. has more than 4,000 breweries, which far exceeds any other individual country’s count by thousands. Here are the top ten countries and their brewery count. We threw in the population stats too, which we’ll talk about next.

The Swiss clearly enjoy their beer. Yet, they have by far the smallest population when compared to the other nine countries in the top 10. They also have the smallest GDP when compared to the others. In fact, according to knoema.com, a database collection website, all of the top ten craft beer producers rank in the top 15 GDP with the exception of Switzerland, which is 39th.

Another interesting fact about the Swiss: Beer is not cheap for them. Zürich, their most populous city, is ranked number two as the most expensive city to buy beer.  (We know you’re curious, Oslo, Norway, is the worst at €3.55/bottle.) Beer in Switzerland has been priced at €3.04 per 33cl (just over 11 oz.). In U.S. metrics, that’s about $3.68 per bottle or $22 per 6-pack. Yikes!

We should also tip our hats to the UK and Japan. Both are at the top of our list for number of craft breweries and each has one of the top ten most expensive cities to purchase beer: Tokyo (third) and London (fifth).

We were curious how much population plays a part in the number of craft breweries present. Turns out, it really doesn’t. Population has no direct correlation with the local presence of craft breweries or with craft beer consumption. Both China and India have over a billion people each and so few craft breweries. Even so, the Chinese beat out the U.S. in beer consumption, consuming more than two times that of the U.S., according to the New York Daily News. Chinese beer preference, however, does not appear to be partial to craft beer. Not yet, anyway.

You can access the full press release here.The infographic illustrating the 2015 Alltech Global Craft Brewery Survey findings may be downloaded here, while a detailed listing of craft breweries by country can be downloaded here.