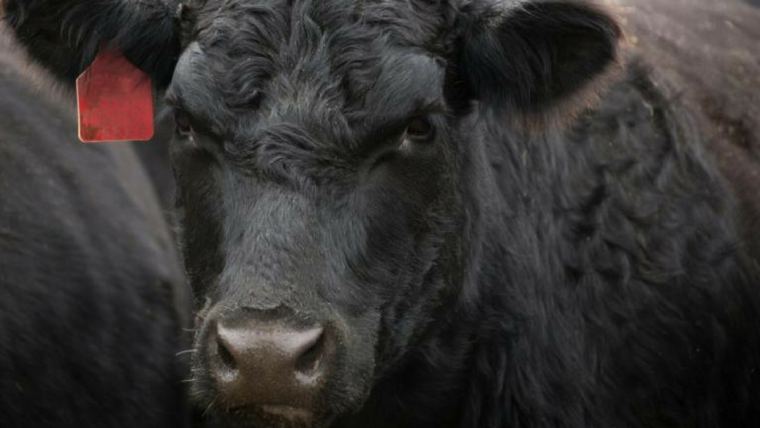 The more efficient cattle become, the more profit producers will receive. Continued research, especially research focusing on in utero nutrition, holds the potential to make every cow a cash cow.

Beef producers are constantly trying to drive down the feed conversion ratio (FCR) of their cattle to improve productivity. With an FCR of 6.4:1, cattle are sometimes compared to chickens for the efficiency of their 2.1:1 FCR.

Some argue that comparing the FCRs of chickens to cows is like comparing apples to oranges, and their points are fair. However, even when comparing the efficiencies of dairy cattle to beef cattle, beef cattle still come up short. If beef cattle were metabolically efficient like dairy cows, then by extrapolation, beef cattle would reach a weight of about 2 tons by two years of age. This is clearly unreasonable.

Inefficiencies in industries contribute to profit losses, but is it even possible for the beef industry to become more efficient?

Professor Maurice Boland, European research director for Alltech, believes that beef cattle have the potential to make FCR improvements. The right process just needs to be implemented with the help of the right tools. He explained his reasoning, describing the tools and processes at ONE: The Alltech Ideas Conference 2017.

Moo-ving toward the goal of beef cattle efficiency

In order to make cattle more efficient, there needs to be fewer days on feed and less feed fed per day, while still reaching the desired carcass weights. Genomics seems to be the best tool for achieving these goals; however, there is still a lot of work that needs to be done on genomics in beef cattle.

“While genomics has made a significant improvement in dairy herds, it’s going to be easier said than done to achieve the same kind of input in beef herds because of that animal-to-animal variation,” said Boland.

While genomics is improving, recent work is contributing to a better understanding of how to improve the reproduction process.

To determine if the environment in utero had significant effects on post-natal health, Alexander Evans, the dean of agriculture and head of the School of Agriculture and Food Science at University College Dublin, examined in a separate study2 the effects that nutrition had on the ovarian follicles in fetal development.

By 150 days, most heifer calves will have all of the follicles that they are ever going to have. Evans altered the nutrition of two groups of cows that were to be inseminated and continued the nutritional plan throughout a portion of the pregnancy. The resulting calves did not differ in weight at birth nor any measure of size, but the control group, with the new nutrition plan, had a significantly higher peak ovarian follicle number than those coming from cows that had their energy intake restricted during the first 110 days of preganancy.

A higher follicle number means that the reproductive targets established by Diskin and Kenny are more achievable.

Another study conducted by Giuliana Miguel-Pacheco3, honorary research associate for the National Autonomous University of Mexico, showed that crude protein in the second trimester significantly increased the body weight in the calves. While birthweights were only slightly higher, the crude protein increased calf growth rate during the first six months.

Boland is optimistic about the opportunities that prenatal nutritional programming could present for improved cattle FCR,

“I think there are opportunities there that we haven’t all engaged with in relation to what is happening in the pregnancy period,” he said. “The mechanismns to take advantage of that opportunity are there.”

Although improved beef cattle efficiency has often seemed fraught with challenges, recent studies are indicating the promise of prenatal nutritional programming. The more efficient cattle become, the more profit producers will make. Continued research, especially research focusing on in uteronutrition, holds the potential to make every cow a cash cow.