Feast or famine?: Facing the future of food security 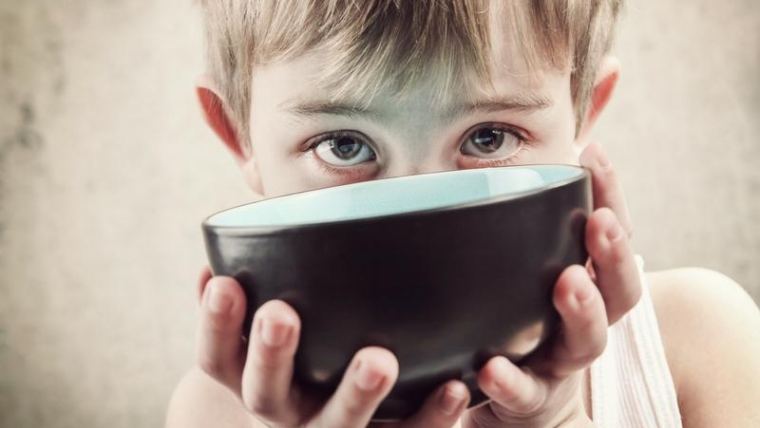 There is only so much arable land on planet Earth. Only so much water. But people are plentiful and becoming increasingly so, year after year. And people must eat to survive.

So how are we humans doing on the matter of feeding ourselves?

The World Health Organization has set the bar high, defining food security as “a situation when all people at all times have physical and economic access to sufficient and nutritious food that meets their dietary needs and food preference for an active and healthy life.”

We do not live in that perfect world.

The global population is on track to swell from the present 7 billion to nearly 10 billion people in the next 30 years, according to the United Nations (U.N.). And if World Bank projections are on target, Earth’s population will have doubled by 2080.

With such demographics to consider against the backdrop of finite natural resources, the security of a sustainable global food supply is challenging researchers and planners to map long-term strategies.

Agricultural production will have to increase significantly in order to meet the growing need. Can it be done safely and sustainably?

Food price volatility will somehow have to be brought under control — a tall order in a world of competing (even warring) nations and economies contending with increasing demand from finite resources.

Without agricultural innovation, half of the population could be undernourished by 2050

Those concerns, as pressing as they are, may pale in comparison, however, with the uncertainty and disruption brought on by climate change.

“An additional 21 percent (1.7 billion people) is at risk of undernourishment by 2050 when climate change is taken into account,” the report states.

A young girl in Kolminy, Haiti, eats peanut butter bread given to her by missionaries. Credit: Michelle D. Milliman / Shutterstock.com

The researchers concede that their projections do not take into account future trends in technology, improved crop varieties or agricultural trade interventions, “although it is clear that all of these adaptation strategies will need to be embraced on a global scale if society is to ensure adequate food supplies for a projected global population of greater than 9 billion people.”

Important solutions might arrive through technological innovation. But there are other key factors to consider.

“There are lots of things that technology can do, but there are also global political and cultural systems coming into play all the time,” said Dr. Karl Dawson, Alltech’s chief scientific officer. “It’s not something a single scientific breakthrough is going to solve.”

Literal food security in the face of terrorism

The term “food security” becomes very literal in the context of the rise of terrorism around the world today.

Since the attacks on the World Trade Center in New York on Sept.11, 2001, for example, the U.S. Food Safety and Inspection Service (FSIS) has stepped up efforts to protect America's supply of meat, poultry and egg products from intentional or unintentional contamination.

FSIS inspectors have remained on heightened alert to detect unusual or suspicious activity, reinspecting imported meat and poultry products before they are allowed to enter the U.S. food supply.

It’s no small irony that food insecurity can act as a catalyst for conditions that lead to terrorism, according to a report by the World Food Programme.

In addition to changes in climate and social and political instability, one factor looms large: China.

Although China's agricultural output is the largest in the world, only about 15 percent of its total land area can be cultivated.

“In a quest for rapid economic growth, and the global economy’s insatiable desire for the supply of cheap Chinese goods, China has displayed agricultural negligence — with ramifications yet to be determined, but likely to serve as a catalyst in food security negotiations,” writes the World Policy Journal’s Keshar Patel.

The Chinese ministries of Environmental Protection and Land and Resources issued a national bulletin on soil pollution in 2014 stating that one-fifth of Chinese soil is fallow, “a consequence of exposure to heavy metal contaminants.” The statement described the soil and environmental problems as serious.

This reality collides with another: China’s overall food supply, while growing, is not rising fast enough to keep up with demand.

“This situation explains much of the sharp rise in beef, pork and dairy imports in the past decade,” he continued. “China can close this gap by improving productivity, as Chinese agricultural productivity remains well below global leaders in key industries.”

Woolsey noted that China’s corn yields per hectare are half the levels in the U.S. and Brazil. Dairy output per cow is 40 percent the dairy output in Wisconsin. Average piglets per sow per year are reportedly around 15, roughly half the level in the European Union.

Chinese imports of wheat have doubled in recent years, as Chinese grain self-sufficiency has drastically decreased.

And after years of negotiations, notes USA Today, “China has agreed to open its domestic market for U.S. rice exports for the first time ever, acknowledging its need for foreign shipments to meet the growing demands of its vast middle class.”

Rice terraces were built into the hillsides of Gullin, China, during the Yuan Dynasty (1271 - 1368).

Servicing that demand has prompted the Chinese government to start leasing farms in North and South America, Australia and Africa. And in some cases, it has bought the land outright, according to Patel.

Water is also at a premium in China.

“Rice is an aquatic crop, a water and labor hog, demanding twice as much labor and water as any other row crop in Asia,” reports Forbes. “In China alone, rice consumes about 70 percent of the nation’s irrigated water.”

Spread the tech to places where it’s needed

“So much of our focus is on high-input agriculture in the U.S. and South America and other parts of the world, but the U.N. estimates that about 60 percent of our food comes from peasant agriculture in low-income countries,” said University of Kentucky agricultural economist Lee Meyer. “That area has seen substantial growth in food output, but there is so much more potential there.”

Key to enabling those countries to meet their food output potentials, asserts Dawson, is finding ways to democratize technologies.

Dawson, as Alltech’s chief scientist, has for years concentrated on the study of such solutions, with a focus on nutrigenomics, the science of understanding nutrition’s impact at the genetic level. This work has resulted in the development of new tools for understanding precisely how nutrients function, why different forms of nutrients have different effects and how such nutrients can be optimized for health.

“It’s providing us with a very basic toolset that allows us to look at production efficiencies, animal health and the overall effectiveness of food production systems,” he said. “It’s not going to solve all of the problems, but it provides us with a way of evaluating new management strategies and techniques and feeding strategies that we never had before.”

Fish farming holds tremendous promise in responding to surging demand for food that is taking place due to global population growth, according to a report by the U.N.’s Food and Agriculture Organization.

This has led to a rapid expansion of the aquaculture industry in recent years, and with it, increased water pollution. The search for ways to prevent contamination has resulted in the development of land-based farms known as recirculating aquaculture systems (RAS).

RAS systems consist of tanks, water filtration units and, usually, degassing and oxygenation. For warm water species, the water is heated as well. This reconditioned water can be recirculated and reused.

“These systems were developed to become less dependent on water sources and climates. Now you can farm almost anywhere with these advantages,” said Gijs Rutjes, technical sales support manager at Coppens International, the Dutch fish feed producer that joined the Alltech family of companies in 2016.

“Closed systems score much better. They have no escapees, the feces are collected and removed, and the nitrogen and phosphorus output is reduced due to filtration units in closed RAS systems,” Rutjes said.

Closed, recirculating aquaculture systems, such as the Marine Harvest one shown here, improve efficiency of production and reduce environmental impact.

Salmon farms have started to move more of their production on land for this purpose.

“There’s a lot of investment in these systems in the Scandinavian countries,” said Dawson. “They’re becoming important, particularly in the area of environmental impact. There is a complete re-use of water; capturing carbon dioxide and recirculating heat to generate power. It gives a whole new meaning to what it takes to build a biological protein.”

Food waste: A paradox of plenty

Perhaps most confounding for a world in search of ways to feed an expanding human population is waste. Countries that have more food also waste more food, according to YieldWise, a seven-year, $130 million Rockefeller Foundation initiative to demonstrate how food loss and waste can be cut in half globally.

“About a third of total food is wasted or at least doesn’t make it from the farm to final consumption,” noted Meyer.

That’s enough to feed everyone in the world for two months, according to the YieldWise initiative. The effort’s initial focus is on fruits, vegetables and staple crops in Kenya, Nigeria and Tanzania, where up to half of all food grown is lost.

The status of global food security is subject to many influences, including the unpredictable. One thing is certain: The planet needs very smart people to carry on the evolution of present technologies and to envision entirely new and innovative solutions to these vexing issues. While perhaps not for everyone, the broad field of agriculture is begging for talent.

“Oh, absolutely,” acknowledged Meyer. “In the College of Agriculture, we are the applied nature to so many of the sciences. There are programs in biotechnology, agricultural engineering, agricultural economics, international development, food policy. There are really rewarding ways to apply a good education in this whole area of food production and food security.”