The enzyme evolution in animal feed 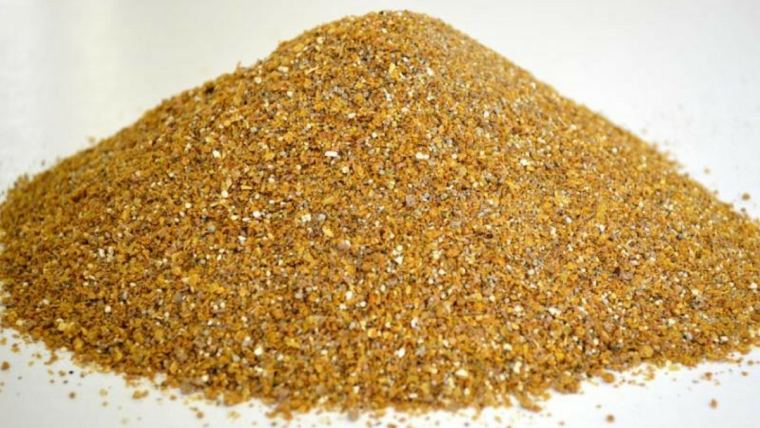 Even though the first exogenous enzyme was synthesized in 1969, enzymes in animal nutrition have been used in animal nutrition for less than 30 years. Their original purpose was to degrade so-called anti-nutritional molecules from grains used in feedstuffs, such as wheat, barley and wheatgrass. These grains, when used as a primary source of carbohydrates in an animal diet, presented less digestibility and nutritional content when compared with other grains such as corn and sorghum. As a result, they often led to decreases in animal performance.

A brief history of enzyme use in animal feed

The first enzymes developed by the biotech industry were the arabinoxylans and beta glucanases. Their function was to degrade non-starch polysaccharides, which are the fibrous portions of the grain. These enzymes reduced the viscosity of the non-digested grain in the intestine. The first trials proved that adding exogenous enzymes to wheat-based diets improved digestibility in monogastric animals. These early studies also helped scientists understand the mode of action of these enzymes and enabled them to develop new enzymes capable of working on a wider variety of substrates.

At the beginning of the 1990s, the main topic of conversation among nutritionists and researchers was what they considered to be the inevitable decline of sources of phosphorus in animal feed. The additives and supplements industry responded quickly to this challenge by focusing on enzymes capable of releasing more phosphorous through a molecule usually not present in livestock animals: phytate. Fungal phytase were able to chemically breakdown the phytate, releasing additional phosphorus in feed for pigs and poultry. While the nutritional matrixes of phytase would not be consolidated until 2000, they showed promising initial values of 0.05 phosphorus and a maximum of 0.10 percent available phosphorus.

The benefits of enzymes

Even though there are still some segments of the pig and poultry industries that do not use exogenous enzymes, the growth of the enzyme market has been substantial. Since enzymes improve the digestibility of plant-based feed ingredients, they offer immediate economic benefits to animal production. Enzymes have allowed producers to further improve their feed conversion rates, the uniformity of their flocks and herds, and the efficiency of their feed mills since fewer grains are needed to be purchased and processed.

With all these benefits available to producers, the animal nutrition industry is becoming more eager to study enzyme technology in greater depth with the aim of further optimizing animal production. Research is ongoing on the effects of degradation of different substrates, different methods of producing enzymes, epigenetic effects of enzymes in the formation and development of the intestine, and interaction with the microbiota and intestinal health, as well as their direct or indirect action on the immune system. As our understanding of enzymes evolves, we should expect a revolution in how we feed our animals.

As businesses and schools began closing due to the spread of COVID-19, the market for liquid eggs dropped while the demand for shell eggs in grocery stores increased. Dr. Kristi Scott, veterinarian for ISE in Maryland, discusses this shift in the sales of various egg products and how it has affected the industry in North America. This episode...

While some pork processing plants have shut down temporarily, swine farmers are being forced into difficult circumstances. Dan Bussieres, swine nutritionist in Quebec, explains the challenges that come with farmers not being able to move their pigs to processing plants and shares what trends he is seeing within the industry....