Don’t forget about aflatoxin B1! 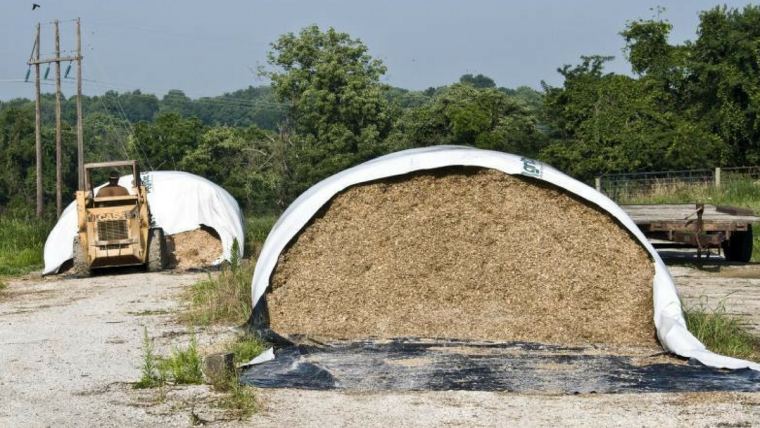 Commonly known as field mycotoxins, aflatoxin B1 (AFB1) is causing some buzz across North America. The well-known toxin is showing up in storage grains, posing heightened risks to dairy production.

Looking at feedstuff samples submitted and tested through the Alltech 37+® mycotoxin analytical services laboratory over the past several years, results show a pattern of very low total aflatoxin levels and occurrence across North America. However, in recent months, AFB1 has been appearing more frequently and at higher levels in samples submitted from the Northern United States and Canada.

Aflatoxins, part of the Aspergillus fungi family, are commonly detected in cottonseeds/cottonseed meal, typically grown in the Southern United States. More recently, the Northern states and Ontario are finding that commodities such as haylage, corn silage, corn and high moisture corn are testing positive, with significant levels of AFB1 above 20 parts per billion (ppb), while cottonseed samples have contained no measurable levels. The question is, why are rising levels occurring now?

The reasons behind rising levels of aflatoxin B1

This spring, North America experienced above normal temperatures. These warmer temperatures, in combination with the weather at harvest and various storage conditions could be promoting the growth of Aspergillus mold, causing an increased observance of AFB1. Research from Cheli et al. (2013) showed that Aspergillus flavus can grow in a wide range of temperatures from 50 to 109 degrees Fahrenheit (10-43°C), and in pH levels ranging from 2.1 to 11.2. The same is true for aflatoxin production by mold. If producers have not stored their feedstuffs correctly, changes in environmental temperatures after the post-winter thaw and during spring months can cause an increase in mycotoxin production.

Another study by Keller et al. (2013) demonstrated AFB1 contamination frequency levels were higher on post-fermentation silage samples when compared to pre-fermented samples. This suggests that Aspergillus flavus and AFB1 contamination is enhanced during storage. Poor storing conditions and improper practices during the ensiling process, or even after a silo is cut for feed out, can lead to this kind of contamination.

According to the Alltech 37+ mycotoxin analysis, corn silage samples collected and analyzed from January through April 2016 across North America saw AFB1 in approximately 30 percent of the 116 samples at levels up to 90 ppb. For the same time period in 2015, AFB1 tested positive in only six percent of samples, and zero percent in 2014.

The implications of rising aflatoxin B1 levels

Aflatoxins at higher levels can cause a decrease in feed intake, altered rumen function, lowered milk production and increased somatic cell count. At lower levels, cows may not always show symptoms of aflatoxin consumption but may have altered milk quality due to the occurrence of aflatoxin M1 (AFM1). The U.S. Food and Drug Administration (FDA) regulations state that active levels of AFB1 may not exceed 20 ppb in feedstuffs or feeds for dairy cows and 0.5 ppb of AFM1 before milk must be discarded. In these cases, producers may need to dump milk, impacting the bottom line.

Results from the Alltech 37+ also showed a multi-contamination setting with 93 percent of samples testing positive for two or more mycotoxins. Other mycotoxins frequently present at higher levels include type B trichothecenes (DON group) at 84 percent, and fumonisins and fusaric acid at 81 percent. In settings such as these, mitigation strategies such as the use of a sequestering agent can aid in offsetting the negative effects of multiple mycotoxin contamination on cow health.

As corn silage is only one component of the total mixed rations (TMR), producers are encouraged to protect their herds by testing feed for moisture, mold count, yeast count and mycotoxins to understand what is being included in the TMR. Implementation of proper storage and feeding practices is crucial to minimize the opportunity for mycotoxins to flourish. When cows do not perform to their potential, corn silage quality and possible contamination should be considered.

To learn more on AFB1 or challenges multiple mycotoxin contamination can pose to herd health and performance, visit www.knowmycotoxins.com.

When growing soy, the ultimate goal is to maximize crop yield while maintaining crop and soil health in order to continue using that land for soy production or as part of a crop rotation schedule. Each step in the life cycle of the plant has its particular needs, but when focusing on the soybean flowering phase, some special care can result in...