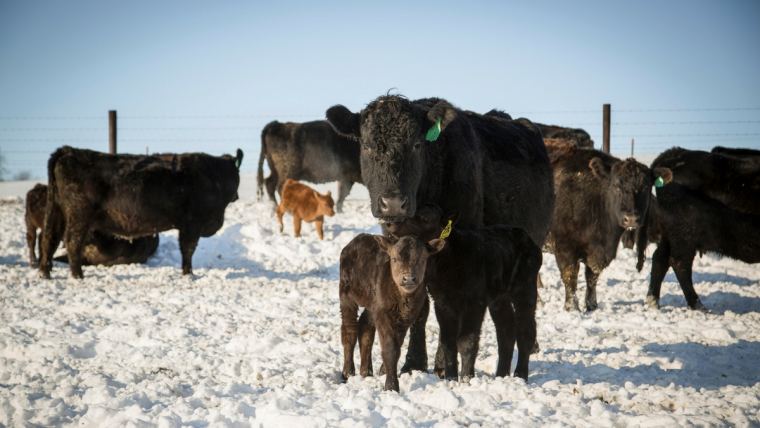 Maintaining good gut bacteria is essential to the health of growing calves.

A calf’s job is to become a healthy adult animal. In order to do so, gut health is key because it allows the calf to efficiently utilize the nutrients in feed.

However, helping a calf meet its true genetic potential is often easier said than done when there’s a battle going on at the microscopic level inside the calf’s gut.

“An animal’s gastrointestinal tract is made up of billions of bacteria,” said Dr. Shelby Roberts, a postdoctoral research fellow at the Alltech Center for Animal Nutrigenomics and Applied Animal Nutrition. “This bacterial population is comprised of both some pathogenic bacteria and other bacteria that are beneficial to the animal. In a healthy gut, these bacteria keep each other in balance. Gut health problems start when this balance becomes offset and the bad bacteria start to outnumber the good bacteria.”

In order for bad bacteria to cause trouble, they must first attach to the gut, where they start to multiply. Antibiotics kill bad bacteria, but they can also kill good bacteria, so taking a different approach when addressing calf gut health can be beneficial.

“Maintaining the good gut bacteria, while ridding the system of the bad bugs, is essential to promoting gut health,” added Roberts.

Traditionally, the gut has been thought of as just another part of the digestive system. However, it is also an active component of the immune system.

Considering the dual function of the gut, one way to achieve optimum gut health in calves is to use a feed supplement created to promote good bacteria and support natural defenses.

Over the last 20 years, Alltech has conducted research trials that have evaluated management practices that utilize nutritional technologies, like Bio-Mos® or organic minerals, and their effects on calf health and performance.

Establishing strong calf immunity starts with the dam. Colostrum is one of the most important components, as antibodies from colostrum protect calves until their immune systems are fully functional. Making sure the dam has the proper nutrition prior to calving allows that dam to pass along quality colostrum.

Producers spend a lot of time and money in effort to improve the genetics within their herds. Calves that have both a strong immune system and a healthy gastrointestinal tract will be better able to utilize nutrients efficiently and reach their genetic potential.

“If we can make calves healthier and reduce the energy they spend keeping the bad bacteria in balance, it should result in better performance,” explained Roberts.

Improved performance resulting from increased efficiency can mean more money in the producer’s pocket. This can be achieved through improved animal growth (average daily gains) or reductions in calf treatments and morbidities. Trials have shown that, without a doubt, enhanced calf health and immunity translate into better growth and better gains.

“Being proactive with the use of nutritional technologies and establishing a healthy gut could give a producer’s calves the leg up they need to reach their genetic potential,” said Roberts.

Jack Bobo – How the Food Supply Chain Changed in 2020

Five months ago, we spoke with Jack Bobo, CEO and founder of Futurity, about the rapidly changing food supply chain and what trends he believed would influence the future of food production and consumer habits. We recently spoke to Jack again about how consumer trends in the food industry and the food supply chain adapted through the rest of 2020....

How do the top farms achieve and maintain exceptional performance? Valerie Duttlinger, chief analytics officer at Summit SmartFarms, explains how a positive workplace culture that focuses on the people and processes on the farm can lead to greater agricultural production....

How can the dairy industry reduce its environmental hoofprint? Michael Boccadoro, executive director of Dairy Cares and president of West Coast Advisors, explains how California is leading the world in reducing methane emissions from cattle and how other regions can adopt new dairy technologies and practices for more sustainable production....