Alzheimer's disease: The search for hope 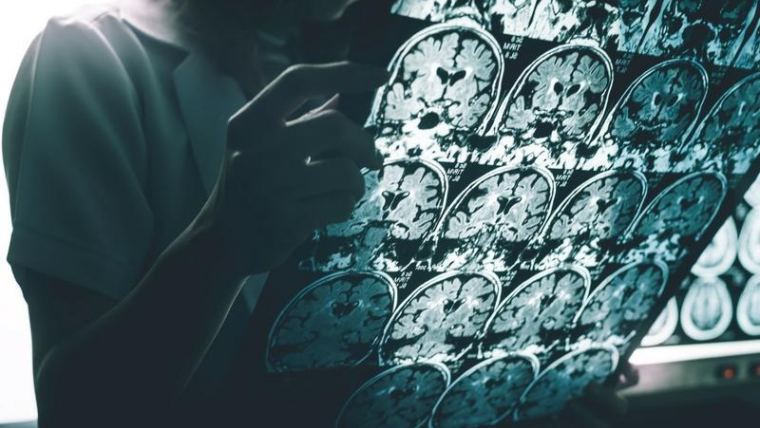 It was “all hands on deck” on a recent Friday afternoon in the atrium at Alltech Corporate Headquarters in Nicholasville, Kentucky. Founder and president Dr. Pearse Lyons gathered staff for a soft launch of the company’s selenium-based yeast product AT-001, and to talk about research indicating its promise as a supplement to maintain cognitive function and brain health.

In his remarks to the assembled Alltech staff, Dr. Lyons noted that the turning point had come about over 10 years ago when Alltech’s own nutrigenomic research indicated that its product Sel-Plex®, when fed to animals, was observed to favorably alter the activity of certain biological pathways that, according to scientific literature, are associated with several serious human illnesses, Alzheimer’s prominent among them.

Alzheimer’s is an irreversible degeneration of the brain that robs its victims of memory, cognition and personality, and eventually leads to death. Some 500,000 new cases of Alzheimer's disease will be diagnosed in the United States this year, according to the website UsAgainstAlzheimer’s. The cost is enormous and getting worse. Total payments for health care, long-term care and hospice for people with Alzheimer's disease and other dementias are projected to increase from $259 billion in 2017 to more than $1 trillion in 2050, according to the BrightFocus Foundation.

The late Dr. William Markesbery, founding director of the renowned Sanders-Brown Center on Aging at the University of Kentucky, had taken a keen interest in Sel-Plex.

“This is something we have to work on,” Dr. Lyons recalls him saying.

In 2009, Dr. Markesbery published the results of a study in which Sel-Plex was fed to a mouse model of Alzheimer’s disease and significantly reduced the levels of amyloid plaques relative to groups of the same mice fed a normal diet.

It is known that the hallmark pathologies of Alzheimer’s include the formation of amyloid plaques, abnormal clusters of protein fragments that build up between nerve cells in the brain, and tangles of dead and dying nerve cells made up of twisted strands of another protein called tau.

“He said, ‘Hey, you guys have something here. Look at these results. I mean, this is extraordinary. This is a dramatic reduction in amyloid burden in these animals, and I’ve never seen anything quite like it before. We really need to pursue this.’”

Soon after, Dr. Power began that pursuit, working with researchers such as Dr. Mark Lovell at the Sanders-Brown Center.

“When we saw that this material might have an effect on pathways associated with Alzheimer’s disease, we went to the Food and Drug Administration and showed them what we had,” he said. “And they said, ‘Okay. You’ve got enough safety data here from registering Sel-Plex as an animal feed additive. We’ll allow you to do a Phase 1 trial.’”

The Phase 1 trial examined safety by providing AT-001 to healthy, elderly human volunteers, while others in a control group received a placebo. All were monitored closely for any adverse effects.

“We did that, and it came through with flying colors,” said Lovell. “We actually administered increasing doses of the material up to 800 milligrams per day, which is far in excess of the recommended daily allowance for selenium. And we saw no adverse effects whatsoever.”

Additional measurements revealed that, in volunteers receiving the AT-001, markers of inflammation decreased dramatically.

“Inflammation is one of the processes that’s thought to run in parallel with the development of Alzheimer’s disease, and inflammation may well exacerbate dementia progression as well,” said Power.

Spinal fluid was drawn from the volunteer patients.

“The spinal fluid is the same fluid that surrounds and bathes your brain,” explained Power. “It’s kind of a closed circuit. You can take a sample of spinal fluid, but you can’t exactly go into the brain and take a sample because that would be ultra-invasive.

“So, looking at the spinal fluid and monitoring the level of amyloid protein, which can form the brain plaques that I was talking about — when we looked at the levels of amyloid protein in these volunteers at the start and at the finish, we saw that in the people receiving AT-001, the levels didn’t fluctuate at all,” he continued. “They were basically the same at the start as they were at the end. In the people receiving the sugar pill, we saw that the levels had dropped significantly.”

Puzzled by these results, Dr. Power turned for answers to Dr. Gregory Jicha, the chief clinician and professor at the University of Kentucky’s, National Institute on Aging-funded Alzheimer’s disease center.

“I said to Greg Jicha, ‘Well, heck, this is a bust, because this shows that the people who were getting the sugar pill actually did better because they have reduced levels of amyloid protein in their spinal fluid.’ And he said, ‘No, no. You’re wrong. If it’s reduced in the spinal fluid, you have to ask yourself, where has it gone? So, more than likely it's gone into the brain and formed clumps. Right?"

Reductions in amyloid levels in spinal fluid can be an indication that the amyloid has migrated into the brain and has clumped or “aggregated” into plaques, thus the decrease noted in spinal fluid. The unchanged levels of amyloid protein in the spinal fluid from the volunteers taking AT-001, on the other hand, potentially indicated that they had fewer amyloids migrating to the brain.

The Alltech-Sanders-Brown team, led by Dr. Jicha and Dr. Ronan Murphy at Sanders-Brown, now has a Phase 2 trial of AT-001 underway involving 60 volunteers.

There will be a repeat of the spinal fluid measurement, and, this time, brain imaging is being employed. The researchers are looking at differences between those treated with AT-001 versus those on a placebo.

“We’re looking at inflammatory markers in the brain and Alzheimer’s protein levels in the spinal fluid, the latter being one of the early signals that we got in our Phase 1 study. Those proteins continued to show trends consistent with moving toward advanced aging and increased risk for diseases like Alzheimer’s, and in the treated subjects, we saw that process slowed tremendously. So, now we’re looking to see if in a large population this is really true.”

Alltech researchers are working to determine what is responsible for the cell death and tissue loss noted in the Alzheimer's brain.

“We are trying to maintain the health of that part of the cell that becomes dysfunctional and sets off the cascade of events that eventually ends up in those structures (plaques and tangles) being formed, which in turn lead to brain decay, neurodegeneration and death,” said Dr. Power.

Most of the current pipeline treatments for Alzheimer’s focus on antibodies targeted to the structures that are the hallmarks of Alzheimer’s disease, those amyloid plaques and the tangles, he explained.

“You’re going to see a number of these pharmaceuticals coming onto the market, but they are going to treat the symptoms rather than the cause,” said Dr. Power. “I feel that the best chance is to try to track this disease back to the point at which it starts and try to nip it in the bud. Better yet, if you can help the situation with simple nutritional supplements rather than pharmaceuticals, that has got to be a good thing.”

What about the federal regulatory obstacles in place to ensure that substances marketed to the public are as safe as their manufacturers claim? Dr. Jicha recalled when General Mills ran afoul with the FDA over a claim for one its top-selling breakfast cereals.

“Cheerios was advertising that it would reduce your cholesterol and prevent heart attack and stroke,” he said. “Well, that automatically makes Cheerios a drug that needs to be regulated by the FDA, and perhaps your doctor might have to write you a prescription for your next bowl of Cheerios. So, we do need to be cautious about that as well.”

“The human studies that we have done to date have not focused on patients with Alzheimer’s disease,” he said. “We’re focusing on patients with risk for Alzheimer’s disease. And so, one should not confuse AT-001 with a medicine. This is not to treat a particular disease. This is a supplement to augment health and perhaps bolster resistance toward processes that could potentially lead to a variety of diseases in the future.”

“AT-001 is a yeast product, and so, essentially, it is a plant or, as the supplement/nutraceutical industry would call it, a botanical,” said Dr. Power.

A suitable analogy, he noted, might be cinchona tree bark and quinine, or foxglove and digitalis. Cinchona bark extract was used as a remedy for malaria as far back as the 1600s, but the active ingredient, quinine (a drug), was not identified until the 1800s. Likewise, foxglove extract was used for heart conditions in the 1700s, but digitalis, the active drug ingredient, was not isolated until 100 years later.

“Based on the track record of other potential Alzheimer's treatments, waiting to register the active substance as a drug could take at least another eight years, many millions of dollars and no guarantees of approval.”

But, said Dr. Power, "Releasing AT-001 as a supplement allows people to perhaps get some of the benefits."

Ultimately, however, if supported by clinical trials, the goal is to develop a single, pure compound that has been isolated from the scores of compounds present in the parent preparation, AT-001. Designated AT-002, this single compound has “very obvious effects on Alzheimer’s disease progression, based on studies in animal models of Alzheimer’s disease,” said Dr. Power. “If AT-002 makes it on to the market, it will be much more potent than AT-001 because it is the pure, concentrated active principle. And, we (or whoever brings it forward) will hopefully have the human data to make direct claims about its effect on Alzheimer’s disease.”

In the meantime, the company is making the AT-001 supplement available through its Alltech Life Sciences division with a commitment to reinvest all net proceeds from its sale into programs to research and develop new products for human health applications.