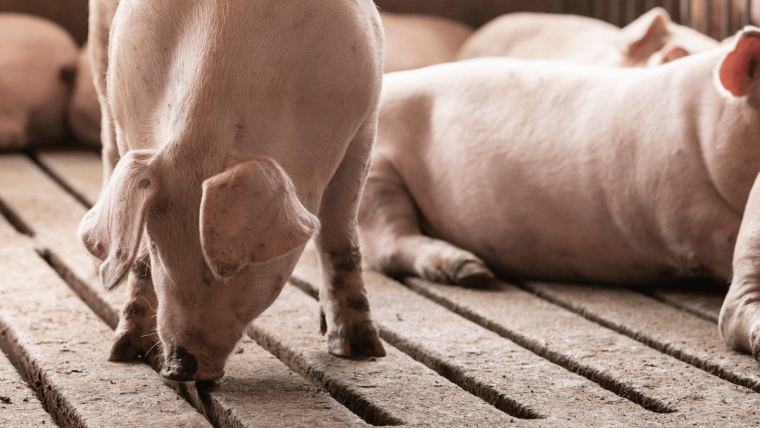 While swine productivity and efficiency continue to increase, gases and odors from livestock operations persist and have become a severe problem, with social implications for many countries. Swine facilities are intrinsically associated with air pollutants and the emission of gases, such as ammonia (NH3), hydrogen sulfide (H2S) and carbon dioxide (CO2). These gases often have a negative impact on air quality, animal health and quality of life within and beyond these facilities.

Among these gases, ammonia is one of the most widely recognized because of both its prevalence and distinctive effects on animal well-being and pork production but also for its impact on the environment. Ammonia emission is a natural process produced by the anaerobic decomposition of animal waste; however, chronic exposure can lead to health problems and could subsequently affect animal performance, especially in a confined environment. Research published by Koerkamp et al. (1998) suggested that emissions of NH3 from sows and wean and finishing pigs ranged from 22 to 1,298 mg/h/animal. Additionally, environmental ammonia ranged from 5 to 30 ppm in swine confinements. While highly variable, concentrations over 20 ppm of NH3 can adversely impact the health of both workers and animals.

Where does ammonia come from?

Ammonia is released from the urea present in urine through the activity of waste-degrading microbes. Urea is formed by the kidneys and is utilized by the body to excrete nitrogen, which is essential for normal health.

How does ammonia affect pigs?

Ammonia is a toxic gas that, when present in high concentrations, can easily become a chronic problem in the barn. Other documented effects associated with ammonia include tail-biting and respiratory diseases in pigs, but it can also lead to severe problems in human caretakers and can be detrimental for the environment.

Research conducted by Andreasin et al. (1994) suggested that even minimal exposure to ammonia can be harmful. For example, swine exposed to 50 ppm of ammonia for 20 minutes a day on just four occasions experienced reduced performance and decreased live bodyweight gain (between 37 and 90 kg) (Fig. 1) In addition, ammonia can seriously affect respiratory health and delay puberty, even at the low level of 20 ppm (Malayer et al. 1980). 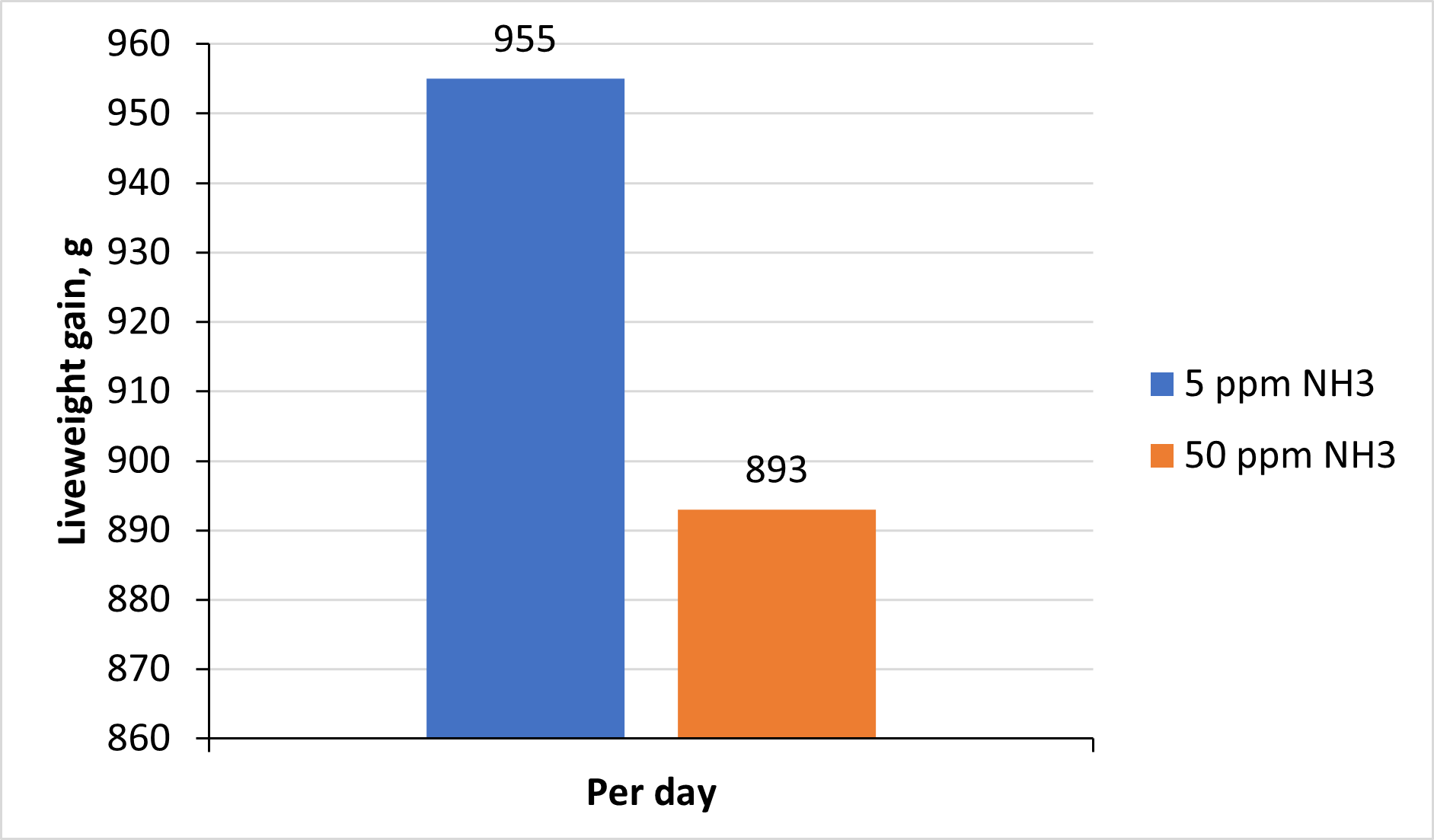 How does ammonia contribute to pollution?

Ammonia is the major alkaline component of the Earth’s atmosphere and can be found in water, soil and air. Ammonia impacts the environment through several different mechanisms, including by influencing air quality, odor, eutrophication, acidification and direct toxicity and also via indirect effects.

Ammonia pollution has a major impact on biodiversity, with nitrogen accumulation affecting the diversity and composition of plant species within affected habitats. Additionally, atmospheric nitrogen deposition has induced adverse effects in forest systems and eutrophication in several estuarine and coastal ecosystems.

How to reduce ammonia emissions in pig barns

Additionally, many pork producers and animal feeding operations also utilize nutritional strategies and technologies in their feed, such as reducing the amount of crude protein or including Yucca schidigera (YS) plant extract in the diet, which can be used as an additive to consistently reduce adverse gas and odor emissions and decrease ammonia concentrations. Peer-reviewed data has shown that YS can reduce aerial ammonia levels by up to 50%.

Formulated from proprietary extracts of YS, De-Odorase® is a safe way to reduce and maintain low ammonia levels in pig barns. The evaluation of using De-Odorase® in swine housing units to control ammonia began in the early 1990s. Tuck (1991) reported that including De-Odorase® at 120 g per metric ton of finished feed reduced atmospheric ammonia by 50% and 65% during the weaning and growing phases, respectively, representing nearly one-third of the initial level. Colina et al. (2001) reported a reduction of 35% in aerial ammonia in nursery swine units after four weeks of dietary supplementation with De-Odorase (Fig. 2)

A summary of peer-reviewed research supports the benefits of utilizing De-Odorase®, including: 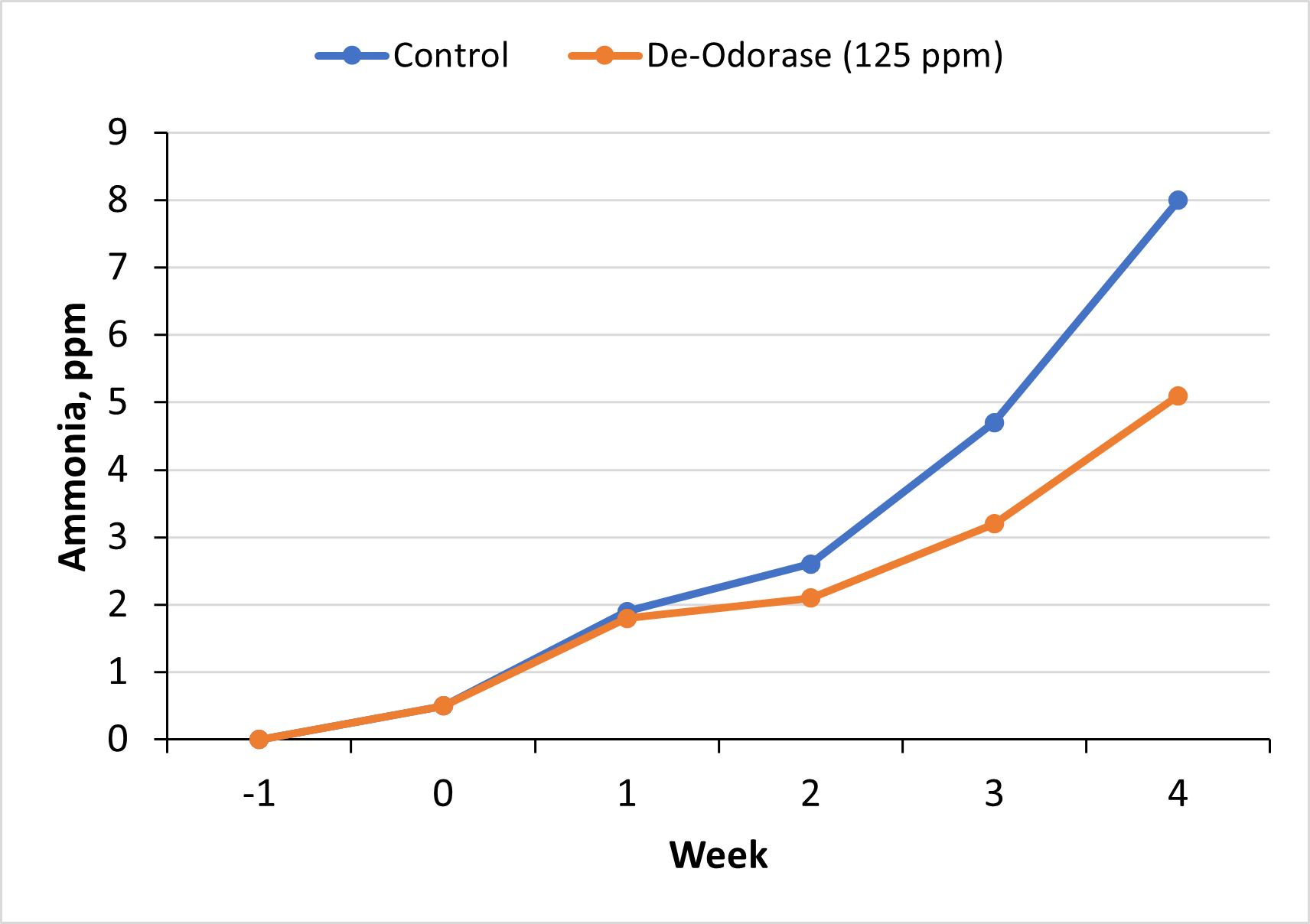 Controlling ammonia gas in pig production creates a healthier environment not only for the animal, but also for the producer. 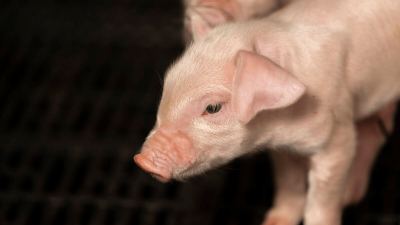