5 steps to optimize your milking routine 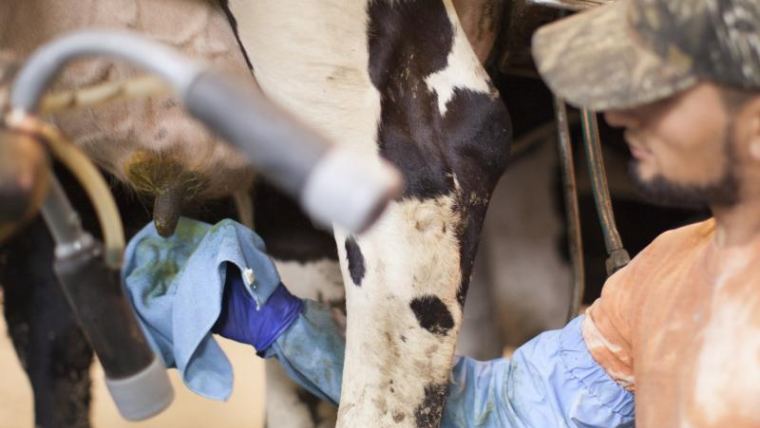 Tom Lorenzen, milk quality specialist at Alltech, walks through the five most critical steps in the milking routine.

Working in Wisconsin, the dairy capital of the world, I see many dairies and parlors on a daily basis. I know the milking routine is very important in all dairy operations, because a lot of milk can either be gained or lost in the parlor. When I go into a parlor, I look for what I call “cowsistency.” I like to see the milking technicians following the same milking routine between milkings, between sessions and between months. We want all the technicians doing the same routine calmly and consistently, because the milking routine is so important to the quality of the milk produced and the safety of the dairy herd.

I am often called to a dairy because the cows are “dancing” while they are being milked. This is partially because the technicians have left the sand on and covered it in pre-dip solution, and then they are unable to wipe the sand off completely when it is wet.

One of the most important things you can do in your routine is get a dry towel and brush gently, to remove sand and soil from the cow’s teats, prior to doing anything else.

The next step we like to do is called forestripping. The goal should be to get two to three squirts out of each teat. This is important to the milking routine because it releases a powerful let-down hormone and makes the cow think that her calf is there.

Forestripping also gives us the opportunity to check the milk to see if there are any abnormalities about it. Additionally, those first few squirts of milk will give a good indication of whether a cow has mastitis.

Another important part of forestripping is from a milk quality standpoint, because those first few squirts of milk are high in somatic cells, so we can lower the somatic cell count of the milk just by forestripping prior to milking.

Another vital aspect to the milking routine is the pre-dip. In this step, we want to completely cover the teats with a pre-dip solution to adequately kill bacteria on the outside of the teats.

When the milking technicians come back through the second time, make sure that dry, clean towels are used with a downward circular motion technique. Also, as a follow-up to this step in the milking process, be sure to flip the towel over and use it to clean the teat ends. Getting the teat ends clean is very important to decreasing the environmental challenges that can lead to mastitis, and to keeping the cows and the milk safe from harmful bacteria.

Once we get the cows cleaned and prepped, we come back and attach the unit squarely at the base of the udder so that we milk all quarters out correctly. At the conclusion of milking, once the units are detached, we come back with a high quality post-dip, making sure to gently but completely dip the teats, submerging them over the point where the film of milk ends. If we don’t do an adequate job and only get part of the teats in a post-dip, all the milk remaining is an organic load, making food for bacteria.

The milking claw is vital in our milking routine, because it gets the milk from the teat to the tank. One of the things I look at on the milking unit is whether the liner in the shell is lined up straight in relation to the outer shell. If the liner is twisted, we cannot adequately milk out that quarter.

Another very important portion of the claw to look at is the hose support. How well are we supporting the claw in relation to the square base of the udder?

Have a question? Fill out the form below to learn more. 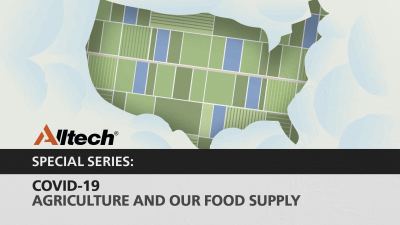 Producers are faced with new challenges as consumers adapt to eating more meals at home in light of the COVID-19 crisis. Will we return to “normal” when the outbreak subsides, or will new habits create a permanent shift in how we eat? Ken Zuckerberg, lead analyst and senior economist in CoBank’s Knowledge Exchange division, explains how the... 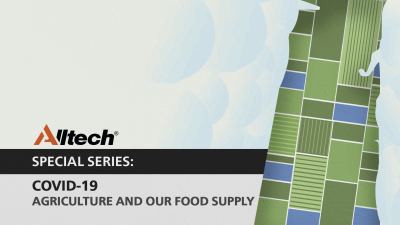 It’s no secret that our farmers, ranchers and producers have particularly demanding jobs, which can be physically and mentally exhausting. Lesley Kelly is the farmer behind the popular blog, “High Heels and Canola Fields,” and a passionate advocate for supporting mental health within the agriculture industry. She joins us to discuss the...