3 things history teaches us about our economic future 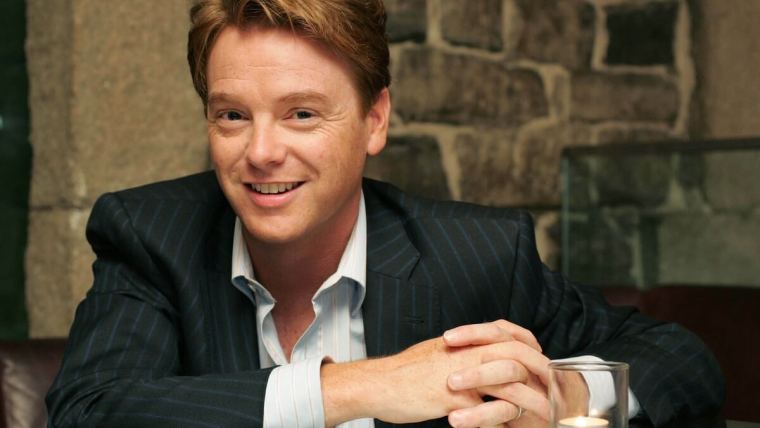 Economist David McWilliams believes that events of the past can give us insight into our future.

Many tried-and-tested theories come up again and again in global economics. These are the philosophies and formulae that our leading economists use as the foundation of their own musings and studies. But there are situations in which these theories fall short, and our greatest minds are obligated to look elsewhere for their underpinning wisdom.

Speaking at the Alltech ONE Virtual Experience, respected Irish economist David McWilliams admitted that he was confronted with this very issue when thinking about how the economy will develop post-COVID-19.

“We are at this extraordinary, one-off moment where the global economy is now in a tailspin,” said McWilliams, “and the timing of when we get out of that is not going to be dictated by anything you and I understand in economics.”

Fortunately, having worked as an economist for around 25 years, as well as taking up a professorial post at Trinity College Dublin, McWilliams has built up other resources outside of regular economic texts that he can look to for inspiration. His advice in this instance is to look to history to determine how our ancestors dealt with and emerged from similar challenges. The events of the past have helped to inform him on:

Using history as his basis, McWilliams offered insights into three potential economic phases as the world moves beyond the COVID-19 crisis.

One point that McWilliams was certain of is that the world post-COVID will definitely not be the same as before, and neither will be the ways we look and think about our economic future. Referencing major, world-changing events of the past, such as World War I and the fall of the Berlin Wall, he said that crises tend to dramatically shift people's ways of thinking and operating.

“What was radical before the crisis becomes mainstream, and what was mainstream becomes redundant,” explained McWilliams during his keynote presentation.

However, McWilliams believes that a drastic change in outlook is necessary for the world to get itself back on track. He spoke about the monetary authorities around the globe as a point of reference, specifically about how they are using money and spending to help fix the current global issues. This unprecedented spending goes against the economic principles of any country. It will also doubtless lead to challenges, such as mass inflation, further down the line. But McWilliams is adamant that, in a crisis, it is essential to deal with the immediate problem first and cross the next bridge when you come to it.

“You know, if you're on a football team, you don't face the potential team if they do this, that or the other,” analogized McWilliams. “You've got to face the team that's in front of you.”

But quick thinking and action can only keep going for so long. Mindsets will change again, and tough decisions will need to be made.

“I think the consensus that locking down is the most important thing will begin to atrophy as the economic pain amplifies, and that's a big worry,” mused McWilliams. “It's very, very hard to know where we draw the line and the trade-offs we have to make — what they are and how to make them.”

As we move forward, McWilliams does believe that there should be a serious discussion about the long-term sustainability of our economies during varying states of lockdown.

When it comes to the long-term effects of global economics, McWilliams predicts yet another significant shift in thought processes and priorities.

“I think what's quite obvious for a global business is that the supply chain is going to change profoundly,” he stated.

Again, looking at history, McWilliams pointed out that from the time the Berlin Wall fell in 1989 right up until early March 2020, the global mindset stayed the same.

“The great corporate economic narrative is globalization, based on an extended and efficient supply chain,” explained McWilliams, “where sourcing and assembling become crucial.”

However, instead of history repeating itself, McWilliams believes that the events of COVID-19 will completely change people's perceptions of what is vital for their businesses and supply chains. He thinks that the most notable differences will be that:

“I think what's going to happen is that the more extended the supply chain, the more likely you'll see that people will come back and begin to manufacture in countries that they really, really want to do business with — they trust, they understand, they feel comfortable there,” said McWilliams. “And I think that maybe price, which had been the dominant vector for many, many years in the supply chain management, will probably be elbowed out by security, by perceptions of security. Can we keep this plant open? Do we know what we're actually dealing with?”

Spring-boarding off of this change in mindset, however, McWilliams believes that opportunities will arise for small countries to become important players in the global supply chain. He used his native Ireland as an example of how this can happen. From being in the depths of recession in the 1980s — when McWilliams’ own father lost his job — the country has grown economically and socially to become an essential cog in international business by building trust and relationships.

“I think small cogs in the global supply chain, countries that position themselves well, could do extremely well,” McWilliams explained. “I think there's a huge opportunity, because I do think supply chains will contract. And I think that relationships will trump price; I think trust will trump competitive edge.”

Taking both of these major mindset shifts into account, McWilliams believes that businesses and leaders with the right wherewithal could find lucrative prospects in this new economic landscape. Again, this theory is based on narratives that have repeated throughout history.

In his presentation, McWilliams first referenced Florence, Italy, in the 1300s. Having suffered an enormous death toll due to the Black Death in 1347, it was believed that Florence’s then-thriving society would never recover. However, the Florentines contradicted all assumptions by ushering in the Renaissance, a historical period that forever changed how we view the world and operate within it. McWilliams then noted that something similar happened in the United States after the flu pandemic of 1918 to 1920. The country entered the new decade by diving nose-first into a period of intense deflation — but from this dark pit of despair sparked the now-famous Roaring ’20s, an economic upswing that brought electricity, radio and motor cars.

With regard to the post-COVID-19 economy, McWilliams sees the same opportunities arising once again. While he did admit that not everyone will succeed and a lot of money will be lost across the board, there is potential for entrepreneurs to adapt and shine. Furthermore, putting faith in this entrepreneurial spirit, he believes that an economy can repair itself.

“These opportunities emerge in crises, and you just have to have the self-confidence and belief in yourself to keep plowing on,” assured McWilliams. “And I think, as I said before, all these crises lead to great renewal. And great renewal stems from people taking a risk because things have changed, and normality has changed. And that normality, in a way, is full of risks already, so why not go ahead and direct your own risk, in that regard.”

McWilliams concluded by again looking at a work from history. He cited the poem “The Second Coming” by famous Irish literary W.B. Yeats, saying, “The center will not hold, and things will fall apart only if the best people lack all conviction, allowing the worst people to come through and be full of what he called passionate intensity, full of slogans, and dominate the agenda.”

McWilliams explained that this is a message of rallying urgency, calling on all leaders to step up and figure out a way through the situation that lies ahead. This, he believes, is how humans have survived adverse periods throughout history, and how we will do so once again.

“All these things, this is all part of what I call the great commercial adventure of life,” stated McWilliams. “As long as we put commerce at the center, in terms of the adventure that is commercial adventure, and we protect it, then it's an evergreen urge that humans have, and it will not be defeated.” 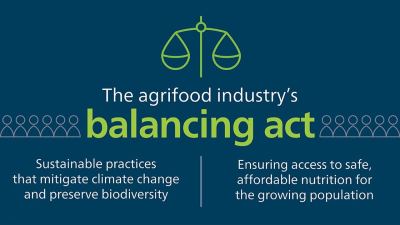 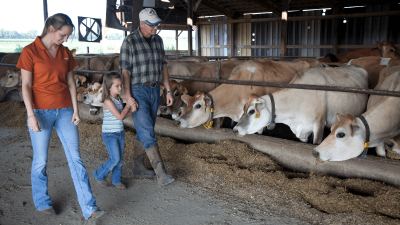