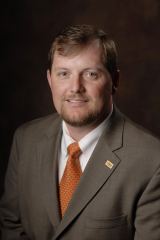 Russell Gilliam received his bachelor’s degree in 1996 from the University of Tennessee at Martin. He was then employed by Ames Plantation as assistant beef herdsman and later assistant swine herdsman. His area of focus was increasing reproductive efficiency and reducing pre-wean mortality in Ames’ swine research herd. Gilliam returned to the University of Tennessee in 1998, receiving his master’s degree in animal science in 2000. He was then employed as territory sales manager by Alltech in Iowa and Illinois, focusing on the swine market. In 2004, Gilliam was promoted to regional sales manager in Ohio and Michigan. In 2009, he was named regional sales manager of the Northeastern United States and New England. In 2012, Gilliam was named Alltech’s U.S. swine business manager, responsible for leading the company’s sales, marketing and research interests in the U.S. swine industry. His main area of focus is in lowering the cost of production in large production systems