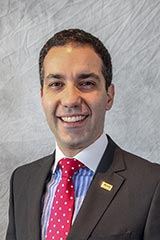 Paulo Rigolin is vice president of Latin America at Alltech. Most recently, he was the strategy director for Latin America, a position he held since his relocation to Brazil in 2017, where he worked intensely on the integration of Guabi into the global Alltech feed division, as well as aligning the Alltech Latin America strategy.

Rigolin began his career with Alltech in 2001 as a sales manager, primarily working in Paraná, Brazil. He then moved to São Paulo, Brazil, for three years and worked as a national business manager for the Brazilian poultry team, where he served as the Allzyme® Vegpro champion in Brazil.